I don't recall this topic as part of the AEP I took last summer, perhaps it was addressed but then I put it out of mind, forgetting about it,  hopeful it wouldn't happen to me.  Today is the first day since learning of the loss on Wednesday around 5:00 by email that I have not spent time crying, but then today isn't over yet and I haven't made two very difficult calls!

I arrived home from my country on May 31st with the decision as to whether to increase the age of the child I was going to adopt and put in an application for a beautiful, sweet, gentle and affectionate soon to be 8 year old.  There was a very definite connection with 'R' and it didn't take me long to realize that this little girl and I would be wonderful for each other.  I felt I had so much to offer her and was very willing to help her deal with her issues around grief and loss.  Thank you to all of you who looked at my pictures and videos, spent hours talking to me, or emailing me.  Thank you also for being her for me now as I am hurting and feeling so empty inside.  I was so devestated and upset by the news that I had to take the last day of school off.  In 21 years of teaching I have never missed the last day of school!  Being absent on the last day of school, I went to my GP's to get an absence note.  When asked by him why I'd come in, I said I hoped he knew of a cure for a broken heart and burst into tears!   Perhaps not the smartest move, as all who are in the adoption process know we rely on GP's to fill in medical forms asking all sorts of questions about the applicant, but I couldn't help it!

On June 14th I learned from the Canadian agent on the ground in my country that 'R' was cleared and available for adoption.  With this news, I started to send Seattle Children's Hospital video footage and photos I had taken and started thinking about the bed (much nicer in the store with other bedding on it) I had seen at IKEA in early May and how I could decorate 'R's" room.  I talked to a family in Toronto adopting 'R's' friend from the same orphanage and have also been excited with the friendship I am forming with another single woman (also a grade two teacher) in another BC town who is travelling to my country in August.  Then WHAM!!!!!!  Out of left field is this email from the agency director, via the agent, that the family in Europe that adopted "R's" sister several years ago are starting the paperwork this summer to adopt "R".  Note they haven't already started, they ARE starting.  I am very happy for 'R' that she will get to be reunited with her younger sister, don't get me wrong here, but why all of a sudden is this news being dropped.  Why wasn't I told something about this in the last month?  I suspect the family may have been phoned and told there was interest in 'R' and asked if they were interested in their daughter's sibling - "R".  I will never ever know the answer but hope and pray that 'R' is happy with this reunification.

Where does this leave me?  Well, I haven't been able to speak to the agent in my country, only the director of the agency in Ontario.   At the moment, I don't feel that my wishes or best interests are being taken into consideration so I am going to try and decide what to do.  I have the next week off between school and summer school and will try to make phone calls and connections with people that are impossible when differences in time don't make things easy.   Yes, F, I have spoken to my agency about changing to your country and even phoned a clinic here in town to try and get infromation on the medical tests you have told me about.  G, I am also reaseraching your country and waiting to hear from my local agency about their agreement with MLJ, which is the US agency I'd have to use.  It is a huge decision to change countries, not to mention loss of money which there is a lot less of now, at this point in time but it may have to be done.  I know several of you whose blogs I follow have had to do this and have gone on to bring home wonderful, adorable children from other countries.  A few people have told me that things happen for a reason, perhaps they do, but right now that reason is very hard to understand.  I am not a great believer in karma - except parking, but hope mine begins to change!  I envy, this is the wrong word but I don't know which word to use, those of you that have a strong relationship with God as I want to be a mum so badly yet seem to be having so much difficulty in the process.

Sorry for the depressing and down post on a Sunday of a long weekend, but to anybody following this blog that isn't on my group email list, you wouldn't have heard the news!  Thank you again to everybody for all your emails and support.  It has meant so much to me in the last few days and I will try to gradually respond to them.

To my fellow Canadians, near, far and overseas (M - I'm thinking of you Down Under) Happy Canada Day!   12 years ago today on July 1, 2000 I became a Canadian citizen in a special millenium celebration in Barkerville, British Columbia.  I was living in Quesnel at the time so it wasn't as far away as it is now!  I hate to admit it took me almost 17 years to do so!
Posted by Elizabeth at 14:13 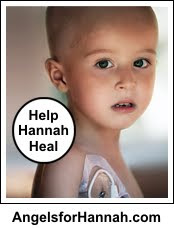 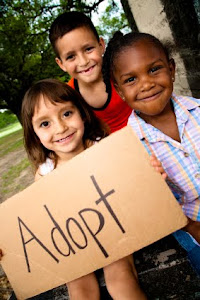